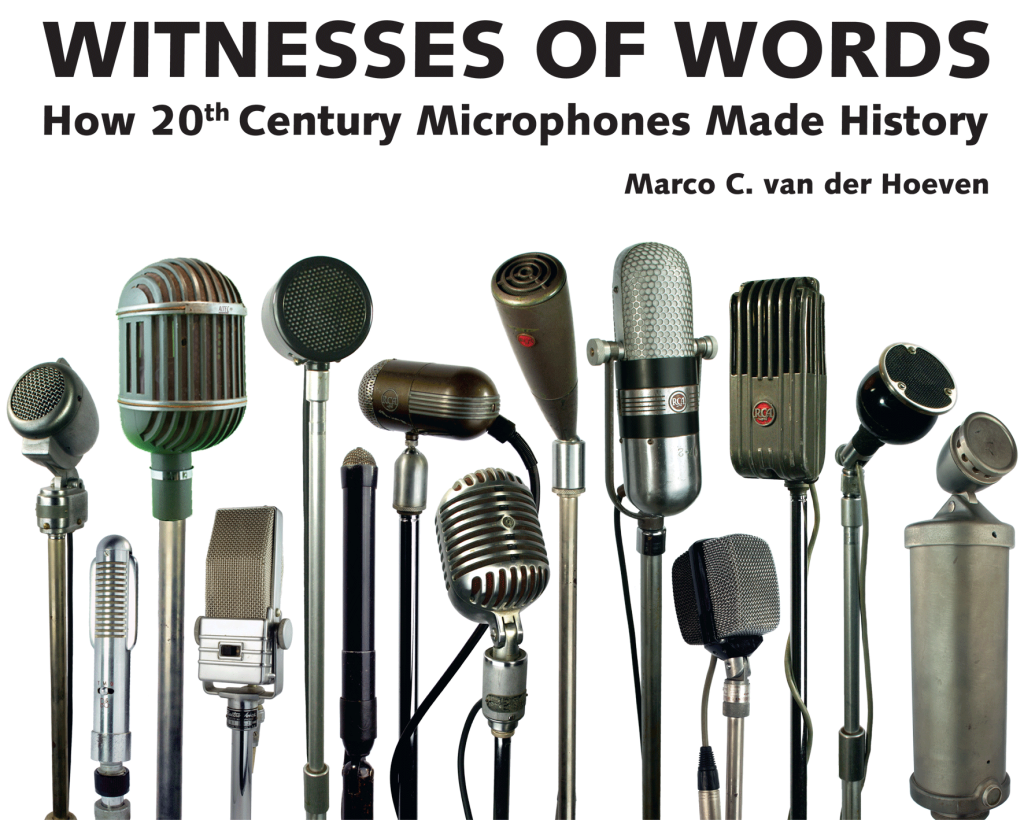 In the early nineties of the 20th century, I started to collect vintage microphones and wanted to know more about them so I tried to read up on the subject. Alas, there was not much to be found. Of course there was enough technical literature about the use of microphones and how they functioned. But that did not satisfy my interest in their history, the design and the role they had played in shaping our modern world into the global village it has become.

How did the change come about from their invention, in early 1900, all through the 20th century? Their change from frightening monolith that needed to be hidden, to desirable Art Deco objects. From the sleek Space Age Design of the Fifties to the modern handheld types that rest comfortably in the hands of pop stars and karaoke singers. Their rise, from the birth of Radio, to their use in everyday life?

For many, the iconic models became just as familiar as the Model T Ford and the Levi’s 501. Journalists still rely on their sixty year old microphones in the face of danger, and recording studios keep using ancient mikes because of their wonderful sound quality.

The more I researched the subject, the more I became convinced that this story deserves an audience that may be captivated by the looks, their tales and the variety of models and brands.

This book is for anyone who is interested in the history of the 20th century; it’s memorable persons, decisive moments, communication and design.